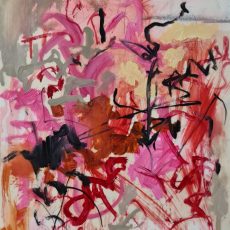 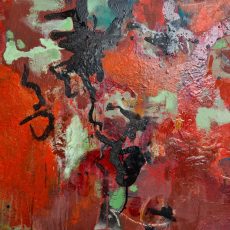 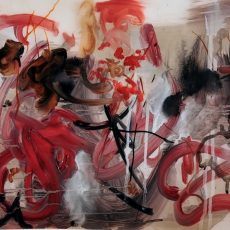 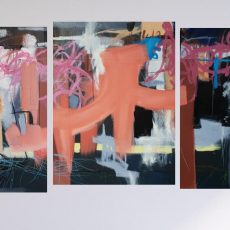 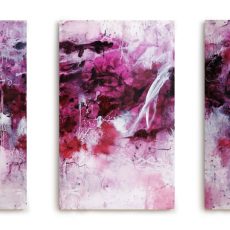 2020 was a year in which we all became insiders, confined to our homes for much of the year. Although this was for many of us a lonely period and a time of change, it was also a chapter of growth, introspection and in many instances an opportunity to appreciate our homes that so often we are too busy to actually live in.

Through “Insiders”, XVA shares the experience and responses to the Lockdown of Richard Ketley, a sometime resident of Dubai and regular exhibitor at the gallery. Lockdown caught Richard in Johannesburg, where he was forced to close his studio and to refocus his practice on his home environment.

The works exhibited in this collection start off as very small works on paper – drawings in paint made during the early stages of the lockdown. Unlike his previous work the colours are domestic, the concerns emotional and domestic – inspired by sunny living rooms, courtyards and gardens. As the lockdown was lifted and Richard was able to return to the studio a new outpouring of pent up creativity occurred – visually expressed in the G reat Insider: The Battle Against the Virus. This is by far the largest piece of work ever exhibited at the gallery and picks up many of the same themes of the smaller domestic pieces but on a grand scale. The title and scale of the work, captures the tumultuous year we have experienced and the victory that is now in hand.

“Insiders”, whilst reflecting on more solitary and unsure times, looks ahead to the future. The audience is ushered into an uplifting and positive space where they are encouraged to learn from the past and accept it as a part of their lives. Through his work Richard is optimistic about the world’s future whilst narrating the beauty in the isolation of Lockdown.