The Ocean Refuses No River22 February 2020Next

Library of the Infinitesimally Small and the Unimaginably Large15 November 2020

The House is on Fire 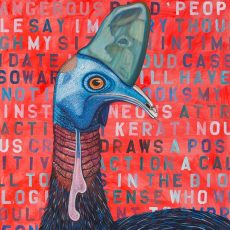 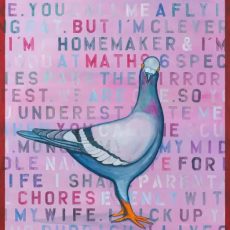 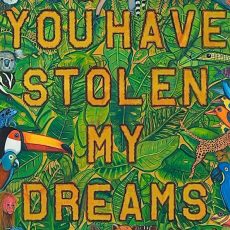 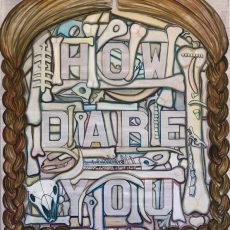 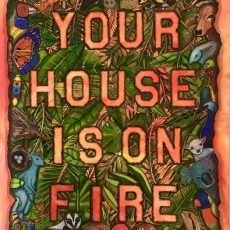 Using a palette of bright colours and large text as central components of her paintings, Teague’s works feel urgent, addressing the viewers directly and compelling them to consider their own actions and impact.

The large oil-on-canvas pieces take their cue from young activists – slogans borrowed from banners at public protests and, particularly, from the words of the renowned face of the present day climate change movement, Greta Thunberg.
Selecting some of Greta’s most impactful quotes from the infamous speech she gave at the UN Climate Action Summit, Teague asks us to contemplate the differing faces of activism and the complex nature of the dissemination of information in the digital era. In this age of algorithms and curated newsflow, Teague asks us to ponder on what is filtered out and foregrounded – and to what effect.

Additionally by repeating Greta’s forceful messages, coupled with striking and bold imagery, Teague reframes the words and asks us to look at them afresh, adding impetus to what is becoming an ever-more critical cause.

The second series picks up on these themes by focusing on conventionally unappealing or lesser known animals and giving them protagonist status. Here, the portraits incorporate poems, written by the artist to reveal an inner life to these sentient and often misunderstood beings. Her animal characters, including a cassowary, pigeon and lapwing, become unexpected heroes and parallel the experience of the young Greta. Teague has given the animals a voice and in doing so, has reminded us of the need to play close attention to nature.

Anna Seaman, curator: “Celina is an extremely perceptive artist; while she paints instinctively, she understands her audience and has an innate ability to communicate to her viewers. The two series in this show represent parallel lines of thought that intersect as well as stand alone. The fight against global warming and Teague’s passionate love of the animal kingdom are incredibly important and cannot be overstated, especially as humanity hurtles through crisis after crisis in the 21st century. The house really is on fire and if we don’t try to put it out, we will all perish in the flames.”

Grace Hauser, Director, XVA Gallery: “Celina’s works capture the zeitgeist but are also universally relevant. If anything, the events of 2020 and the outbreak of COVID-19 have taught us all that we are powerless in the face of nature. It is our duty to take action and to sit up and listen to the voices of the activists. This exhibition reminds us of this but in a visually appealing and attractive way.”