The Ocean Refuses No River 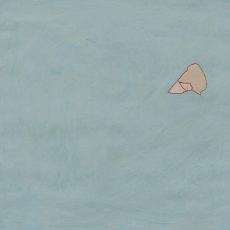 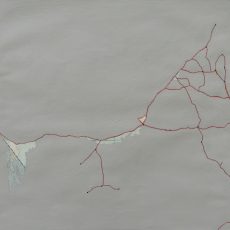 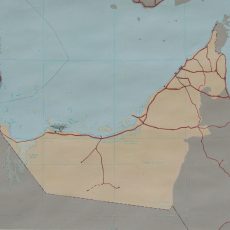 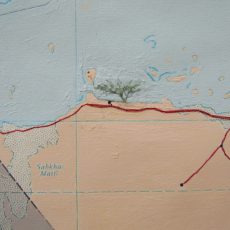 The two bodies of work in this exhibition derive from different chronologies within my practice, but share a central contextual significance opening conversations about life’s journey.

Ode to the Emirates (Seeking Nefertiti) is a series of mixed media studies made upon a surface, which originally was a map of the UAE. I believe maps are not just two-dimensional pieces of paper depicting geographies, but are documents that contain untold stories of adventure, promise, memory and hope. Indeed, aesthetically they are also beautiful in their own right. Here, the map acts as the base for reconstructed, reimagined, and dissected narratives where the roads and the journey intertwine. The practicality that the map recalls is at odds with the unattained discoveries of the potential journey held in those roads. Like arteries, the roads bring about isolation in location but lead to new horizons. As the map is deconstructed, the imagery depicted becomes less identifiable to the original surface, and components of it are spread across several works.

The series On the Road (from then to now) are symbolic of combining journals and literature. The original source materials are used notebooks collected over time from my personal use and also from my daughter. Congruent to a journal where a moment is depicted through the usage of words, an image also exists in that moment within our mind. I am investigating the nature of memory and our futile attempts to crystalize it into solid form.

The additional sculptural objects in the exhibition reflect the continuous conversation I have within my practice of sharing narratives through collected parts. The Artist Palette Series is a conversation with the process of making objects through collected fragments; both in the active collection of things throughout the journeys and travels, as well as seeking particular materials to convey a personal meaning of a place and time.