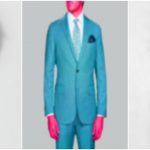 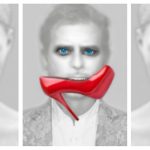 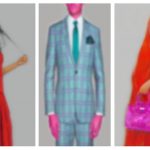 Exiles in Hidden Worlds will feature the work of two series; Exiles in the Fifth Dimension and Survivors of Love.

‘During my exile in the Iraqi desert, my time was punctuated by the shock and panic that I faced alone. That period of horror separated me from reality, and forced me to find imaginary secret passages to escape to hidden worlds for refuge.

My journey is comparable to that of Anunnaki, who, according to the Sumerian Antiquities and the interpretation of Zecharia Sitchin, landed on planet Earth with a mission to save the planet Nibiru.

Like Anunnaki, I found my way through imaginary secret passages to another hidden world, and saved my nine hearts.

There, between the orbits of hidden worlds, I lived many ages with the Sumerian goddess of love, existing in a different time line, in another dimension. Only there was I able to control the frequencies of the big bangs inside my nine hearts.

In this exhibition I interpret my conviction and belief that only those who believe in love can heal the sins of our history, and can tame the beasts inside us.

This installation is another chapter of Anunnaki’s migration to planet earth. It’s a visual metaphor for migration, exile, belonging, and the secrets of freedom.

In his migration to planet earth the Anunnaki has created and hides the code of the goddess of love, and all women surrounding him try to obtain this code so they themselves can transform into the Goddess of love to escape to the freedom of the hidden worlds.

Born in Najaf, Iraq in 1963, Halim Al Karim has held many solo exhibitions in Dubai, Paris, Holland, Switzerland, Istanbul, USA, Jordan and Lebanon. The artist was nominated for the 2010 Sovereign Art Prize and was awarded the jury prize in the International Cairo Biennale in Egypt. He is one of the six artists whose work was featured in the Iraqi Pavilion at the 54th Venice Biennale – the first Iraqi Pavilion in 36 years. His work is in the collections of major museums including the Arab Museum of Contemporary Art in Doha, the Victoria & Albert Museum in London, the Saatchi Collection in London, Darat Al Funun in Amman, L’Institut du Monde Arabe in Paris, the Mori Art Museum in Tokyo, Artron Art Museum in China and Yinchaun MoCA in China. He lives and works in Dubai and Colorado, USA.