The Remarkable Resilience Of Symbols21 April 2018Next 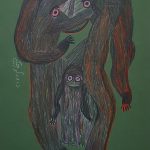 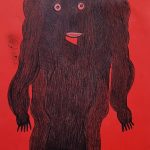 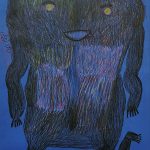 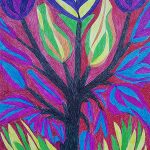 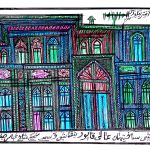 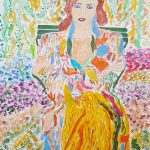 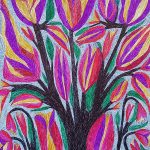 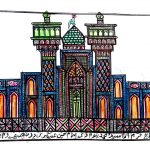 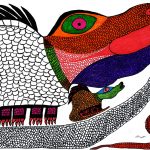 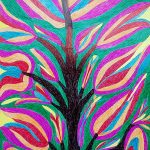 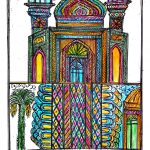 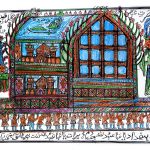 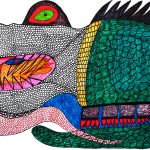 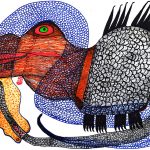 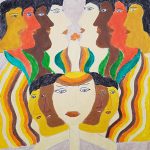 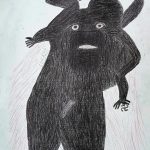 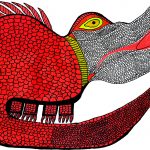 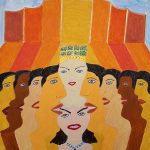 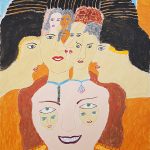 XVA Gallery is pleased to announce the upcoming group exhibition Ordinary Geniuses, bringing together the work of 7 Outsider artists through the mediums of painting, drawing and sculpture, and curated by Iranian artist Morteza Zahedi.

There are other nations and cultures that are defined outside Western canon. Native people, are the minority, with their own lingual and historical communications they are confined to a distinct realm, belonging to a cultural isolation, often exposed to exploitation and marginalized by greater powers.

If one wants to understand the reasoning behind a piece of art, one must first determine it’s date of creation, this is a commonly understood theory in art history. Based on this assumption one can say with confidence that every art piece is a product of its time.

Often this is coupled with the assumption that, fundamentally, artworks from minority regions and cultures depict daily life, often ornamental, with their themes rooted in tradition, ethics and popular subjects relative to the community, and arguably isolated from wider artistic movements.

From an aesthetic and cultural stand point the West, at first, concluded that outsider art was simple, naïve and in some cases even wild. To truly understand and appreciate the value of outsider art, they needed to revolutionize their thinking. Revising their opinions allowed appreciation for not only the technical and aesthetic aspects, but also the passion and meaning in the shapes.

We know that the art revolutions of the nineteenth and early twentieth century were influenced by the art of Oceania and Africa. Their presence in the West was considered a reason for a shift in artistic forms and expression. Art of non-Western origin embodied a variety of different mentalities and forms separate to those already represented in Western art.

Ordinary Geniuses, held at XVA gallery, brings together work of artists referred to as “outsiders”, artists who, like their ancestors, live in cultural isolation, producing art away from the mainstream.

Outsider art is important, since it is derived from a pure sense of being, and is tied intrinsically to the life of its creator. Making such art is accompanied by originality, innovation and romantic intention. These artists are unfamiliar with the social and economic constraints of the art world, and this is reflected in their work.

Many artists believe that art formed outside the context of history, should not be considered art. Some may not have a complete understanding of art history and would perhaps be surprised to know how much Western art is influenced by the achievements of the outsider artists.

The best examples of outsider art come from ordinary people, where the role of the immediate community is more significant than the role of the artist. This is a kind of artistic activity dependent on instinct, and is created far from the academic rules and literacies ruling the Western art scene.

Outsider art is the opposite of ‘insider’ art. We regard ‘insider’ art as the official, taught and accepted form among academics and specialists within the artistic community. The manifestations of Outsider artists contain such unconditional expression that, according to many specialists, they are considered even more authentic and powerful than the mainstream.

Outsider art can be divided into different categories, including but not limited to primitive art, naïve art, folk art, and children’s art. In some cases these categories overlap to such an extent that it is too difficult to choose which category one artist belongs to. Though outsider art is commonly accepted among artists, art lovers and its own specialists, commonly wide acceptance and comprehension is not expected. Hopefully, by bringing exposure to outsider art through exhibitions like Ordinary Geniuses, the public will gradually develop an understanding and interest in this underappreciated practice.